We will discuss the method which allows to create a realistic 3D model of animals and to fit this model to 2D images [Arxiv PDF].

The authors collected a dataset of 3D animals by scanning toy figurines.

1. Aligning, rigging, and parametrizing the training 3D scans by matching them with GLoSS model

The aim is to learn a parametric model from a set of training 3D scans, that covers all training shapes, generalizes to the shape of animals not seen during training, and can be fitted to the images of real animals.

To learn such a model one needs to align all the training 3D scans and make them articulated by rigging.
This is a hard problem, which we authors approach by introducing a novel part-based reference model (GLoSS) and inference scheme that extends the “stitched puppet” (SP) model [1].

The Global/Local Stitched Shape model (GLoSS) is a 3D articulated model where body shape deformations are locally defined for each part and the parts are assembled together by minimizing a stitching cost at the part interfaces. To define GloSS authors do:

For this purpose authors used an off-the-shelf 3D mesh of a lioness which is already rigged and has predefined skinning weights.

After that, we can fit GLoSS model to every 3D scan from the training set using the gradient-based methods. 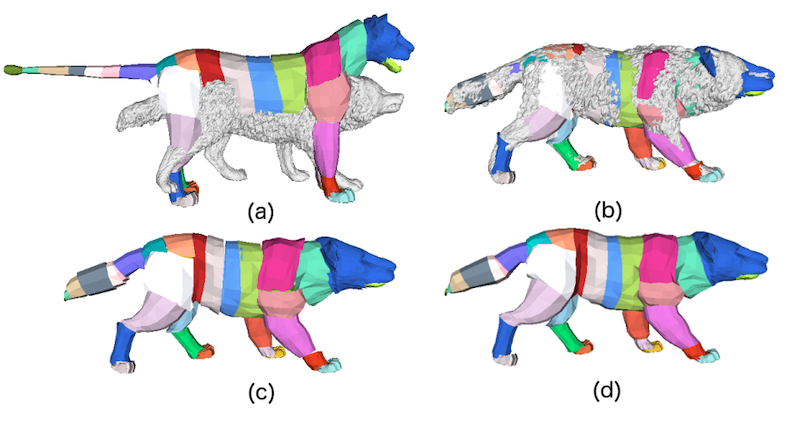 To bring the mesh vertices closer to the scan authors further align the vertices v of the model to the scans using the As-Rigid-As-Possible (ARAP) method [2]. 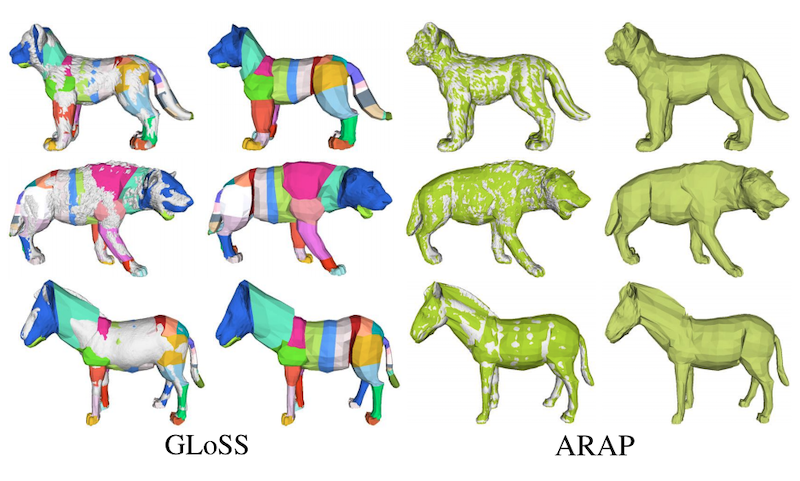 Now, given the poses estimated with GLoSS, authors model shape variation across training dataset by 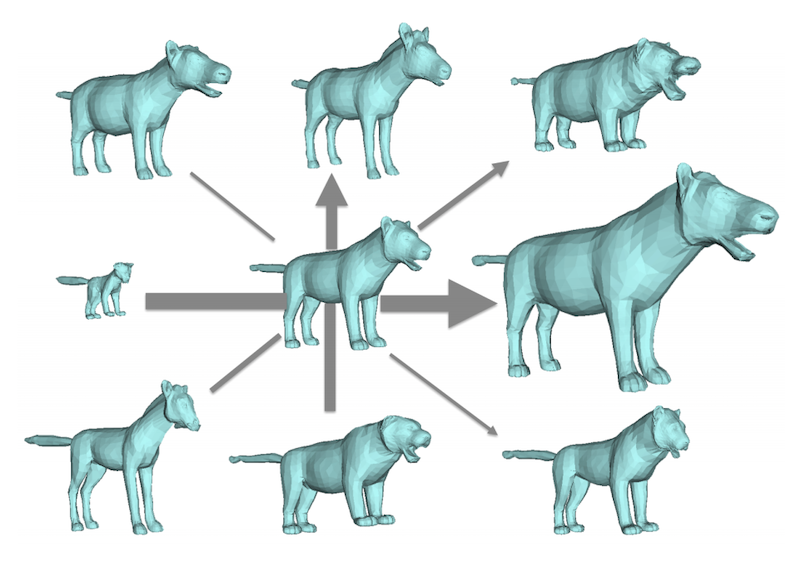 Fig. 6: Visualization of the mean shape (in the center) and the variation along the first 4 components of the learned shape PCA space. (Image source: Zuffi et al, CVPR 2017)

SMAL is then a function which is parametrized by shape, pose, and translation parameters. The output of SMAL is a 3D mesh.

Given an input image with an animal, first, we need to manually annotate (or predict with another CNN) 36 keypoints and a binary foreground mask (silhouette). We fit the SMAL model to the image by fitting its parameters and camera pose using the keypoints and silhouette reprojection error.

Reprojection error is computed by rendering the estimated SMAL mesh, projecting it on the input image, and comparing the predicted keypoints and silhouette with those defined on the input image. The local optimum is found by iterative optimization. Optimization for a single image typically takes less than a minute. 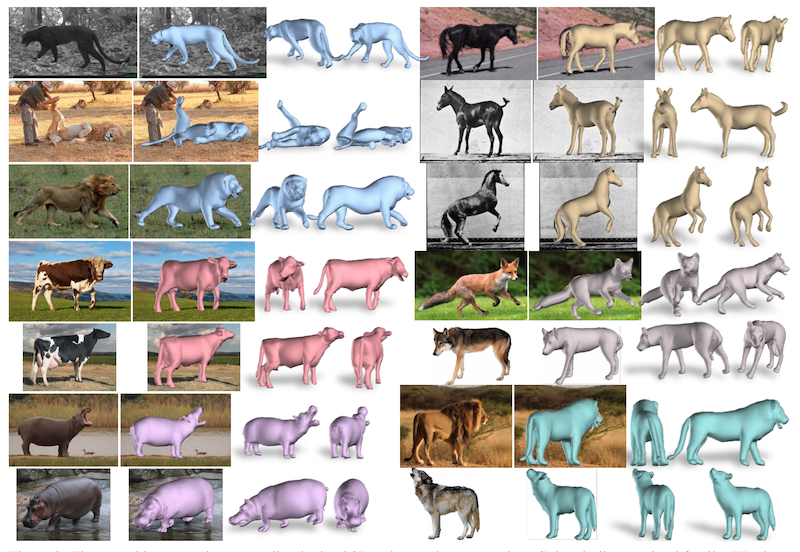 You can explore a web-demo which allows you to interactively change the SMAL shape parameters and see how the output mesh transforms (Fig. 8).
More results can be found at http://smal.is.tuebingen.mpg.de/.

Authors showed that starting with toys’ 3D scans, we can learn a model that generalizes to images of real animals as well as to types of animals not seen during training. The proposed parametric SMAL model is differentiable and can be fit to the data using gradient-based algorithms.

Feel free to ask me any questions in the comments below. Feedback is also very appreciated.